Do You Need To Replace A Metal Roof That Has Been Dented By A Falling Tree Branch?

Metal roofs are quite durable, but the metal panels are still susceptible to being dented if a large object such as a tree branch falls on them. A dent in your metal roof doesn't always mean that you'll need to replace the damaged panel, but it's a good idea to have it inspected — if the paint on the panel was scraped off or if the branch penetrated the panel, your roof is now vulnerable to rust. Below, you'll find out how to determine if you'll need to have a metal roof replacement after a tree branch fell on it.

Did the Tree Branch Damage the Paint?

The biggest risk that a falling tree branch poses to a metal roof is damaging the paint, and a metal panel with damaged paint needs to be replaced. The paint on a metal roof goes beyond simply adding visual appeal — it protects the metal underneath from rusting. A tree branch falling on a metal roof can scrape off the paint on a portion of a panel, which makes it vulnerable to rust. Rust can spread quickly throughout a metal roof once it takes hold, so you'll need to have the panel replaced as soon as possible in order to protect the rest of your roof.

Does Water Pool in the Dented Area?

Metal roofs can't stand up to pooling water very well, since it will rapidly degrade the paint. If the dent in your metal roof is large enough to allow water to pool in it, you'll need to have a roofing company pull the dent out. This is a process similar to fixing a dent on a car — the metal panel will be lifted up using a stud welder and the dent will be hammered out from underneath. Pulling the dent out of your roof and preventing water from pooling in it will protect the paint, and protecting the paint is important to stop your roof from rusting.

Are You Satisfied With the Appearance of Your Roof?

In some cases, a dent caused by a falling tree branch is simply a cosmetic issue. If the tree branch was small and caused a tiny dent that didn't damage the paint, then the structural integrity of your roof won't be compromised. You're able to leave it as-is without worrying about your roof leaking. However, a dented roof can still be an annoying cosmetic issue. If you're unsatisfied with the appearance of your roof, you can have a roofing contractor pull out the dent.

If you're unsure if the tree branch caused structural damage to your roof rather than just causing an annoying dent, call a roofing contractor in your area and have your roof inspected. Replacing a damaged roof panel that's vulnerable to rust due to losing its paint will protect the rest of your roof, making sure that you don't have any roofing leaks in the future. 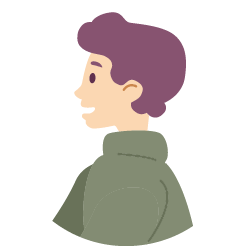 Once you watched someone put a roof on a home, you have a much deeper understanding of what's involved in this sort of work. Roofing is not easy. There's a big mental component since the roofers need to decide how how many shingles to use, how to best lay them out, and so forth. Then, there's the physical aspect of roofing. Lugging packages of shingles onto the roof is not easy, and nailing them down take a lot of work, too. With that in mind, we welcome you to read more about roofing on this blog. Let the articles inform your opinion of the profession.

4 Common Reasons Your Roof May Leak
21 November 2022
Roof leaks are a common problem during the rainy season. If your roof is leaking, you'll need to address the issue immediately after the storm to avoi …

4 Factors That May Cause Your Roofing Shingles To Deteriorate
15 November 2022
The roof covering your home shields it from damage that would otherwise result from exposure to weather elements. Unfortunately, the continuous exposu …

Considering Round Windows For Your Home? Here Are The Different Types Of Round Windows To Know
7 November 2022
When considering a window installation project, most homeowners think of the basic rectangle design. However, there are other unique shapes that you n …